5 Examples of Recycling from History

And of course as we proceed forward in time the examples abound, especially during period of war when material want was being felt by even the wealthiest nations in the world. Here’s a poster from World War II: 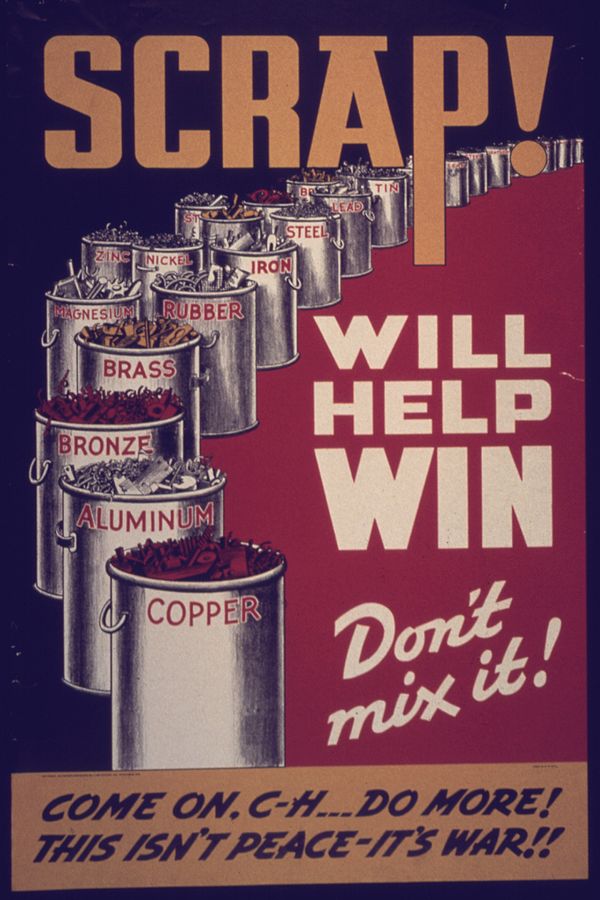 This only goes to show that the Recycling Industry has been and will continue to be vitally important, and that perhaps there are many initiatives from the past that could be reintroduced today.