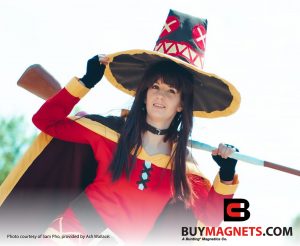 Most people associate the month of July with running outside to soak up the sun and splash in the pool. For some people, however, July is a month where they can’t wait to get indoors—into the doors of massive convention centers in Los Angeles and San Diego, where Anime Expo and San Diego Comic Con are both annually hosted. For fans of comic books, movies, sci-fi television shows, video games, and Japanese “anime” (animated media) and “manga” (Japanese comic books), these two events are the top summer vacation. Anime Expo is the largest convention in the United States devoted to Japanese entertainment media, having hosted 110,000 guests in 2018. San Diego Comic Con is the largest convention for Western entertainment media, regularly hosting over 130,000 guests each year. Many attendees show their love for a piece of media by dressing up as a character from their favorite television show, movie, or video game. These attendees are called “cosplayers,” and their costumes, referred to as “cosplays,” are often exceptionally complicated and intricate. To translate fantastical designs from fiction into reality, it’s increasingly popular for cosplayers to turn to neodymium magnets as a component to use when constructing their costumes. 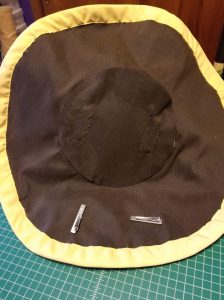 Neodymium magnets can serve a wide variety of purposes in cosplay. Many cosplayers do not use their own hair in cosplay, and instead use wigs. For complicated hairpieces, ponytails, or head accessories, cosplayers will attach magnets to these accessories and then sew magnets into their wigs in order to keep the pieces securely in place. Some magnets find their place in the most traditional medium of cosplayers—the fabric they use to hand-sew many of their costumes. Magnets are ideal for applications such as holding a cape in place, and many cosplayers prefer to use magnets over materials such as Velcro since magnets are less obstructive and create a more convincing overall look. Magnets allow fans cosplaying characters such as Doctor Strange from Marvel’s “Avengers” franchise to look as though they stole the costume right off of the big screen.

One of the most popular uses for magnets in cosplay is in replica armor and weapons. Cosplay armor is typically constructed from materials such as EVA foam, and when holding multiple pieces of armor together, magnets can be a cheap, efficient way to secure parts in place without risking damage to the base material. Cosplayers also use magnets in harness configurations to secure large props, such as swords and shields, to hang off of their backs in a way that looks effortless and realistic. Magnets not only allow for a more convincing cosplay, but also let cosplayers enjoy more convenience in transporting their props and taking weapons off their backs quickly to pose for pictures. 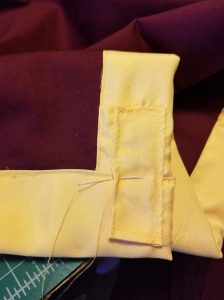 Cosplay is a fun hobby for everyone who participates in it, but some cosplayers also enjoy participating in cosplay competitions, where their technical skill in creating a cosplay is judged against others. For competitive cosplayers, magnets can be the trick to achieving the “next level” in their construction and wowing judges and audience members. Ash Wallace is a competitive cosplayer who has won multiple awards throughout the Midwest at various anime and comic conventions. She is no stranger to using magnets in her cosplays.

“I used bar shaped N45 neodymium magnets in my most recent cosplay of the character Megumin from the anime ‘KonoSuba.’ I sewed them into the lining of my cape and dress for this cosplay so that their attachment would be unnoticeable,” says Wallace. “I also sewed them into the hat and clipped two magnets into my hair beneath my wig so that my hat could ‘magically’ float above my head. I also plan on using round neodymium magnets for a future cosplay, as the character I’m going to be cosplaying has magically floating side pieces and magnets will be easy to slip under my clothes and use to create this effect.”

Neodymium magnets, such as the ones Wallace used in her cosplay, are available from BuyMagnets.com in a wide range of shapes, sizes, and strengths to suit a variety of cosplay needs. Whether you’re securing a crown to your head for a “Game of Thrones” look, strapping Captain America’s shield across your back, or holding together a complicated armor assembly like those from “World of Warcraft,” magnets are an effective material to use in bringing your cosplay together. There’s also no need to worry if you’re going through “con crunch”—BuyMagnets.com offers same day shipping on all orders placed before 3:30PM CST.

If you have questions regarding what magnets will best serve your cosplay needs, contact one of our representatives on BuyMagnets.com to have all of your questions quickly answered. 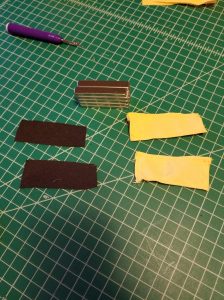 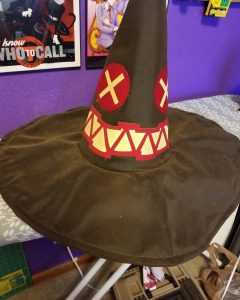